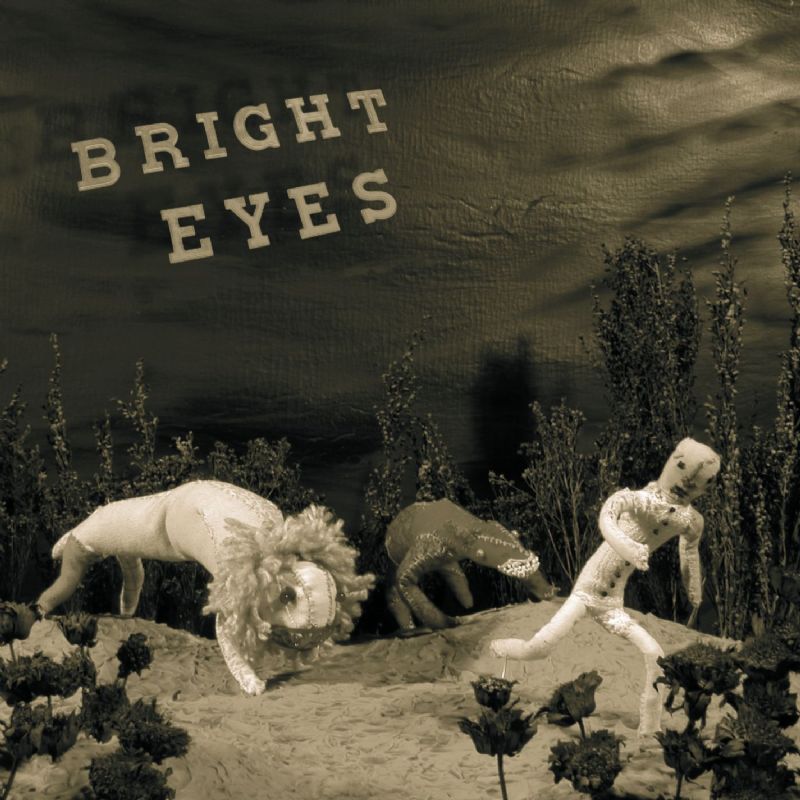 here is the NFO file from Indietorrents

Lend a hand, leave your BitTorrent downloads open as long as possible, even after it is complete. It will help everyone’s downloads go faster and give you a good share ratio. Thank you!

Interested in indie music? Join us at #indie.torrents on EFnet (IRC).

Please support indie artists and labels. Buy this release or see a live performance if you enjoy it.

Album: There Is No Beginning to the Story EP

How old is Conor Oberst now? Twenty-one, maybe twenty-two, right? It seems like just yesterday he was only the tender age of fourteen, hammering away on his old acoustic, blessed with enough angst and resentment to make most teenagers envious. But kids grow up so fast nowadays, don’t they? I mean here it is, eight years later, he’s just released There Is No Beginning to the Story, and there’s barely a hint of the tantrum-infused songwriting he’s been prone to on any of his countless other releases. Maybe he’s shocked his critics by maturing while they weren’t looking; maybe he’s just screaming less. Whatever the case, the latest Bright Eyes EP hints at the promise of better things to come.

Some of you are no doubt familiar with the standard Bright Eyes ouevre. For the duration of his young career, Oberst has stuck to jangly, repetitive acoustic guitar work and oh-so-tortured vocals like a religion. To a large extent, his caterwauling delivery and pent-up aggression have been the basis of his major criticisms and, I’ll wager, the basis for some of his fanbase, too. Yet, with There Is No Beginning to the Story, Oberst manages a nice balance between his more intense older material and a newer, calmer sound that won’t alienate his fanbase, and just might even stifle some of his detractors.

It’s still Bright Eyes, certainly, but a little less jangly and a little less whiny (most of the time). These improvements aren’t across the board, though, and there are some problematic moments. “From a Balance Beam” is stale– yet never offensively so– and “Messenger Bird’s Song,” the one fatal misstep of this EP, is particularly poor: featuring Oberst at his most embarassingly emotive and little else, he cracks and quavers through a thin acoustic ballad so predictable it wears out its welcome with the first ‘heartfelt’ faltering of his voice.

Fortunately, There Is No Beginning’s faults are more than compensated for by the two remaining cuts on the disc. “Loose Leaves” is, hands down, the most uncharacteristically unique tune Bright Eyes has produced. It’s bouncy, electric, and– dare I say– almost cheery. The jaunty, Irish-folk inspired riff at its foundation, the horns, and the singsong feel combine to produce a tune so unabashedly catchy it’s tough to believe Oberst wrote it. Hell, it’s just nice to get something you can sing along to, even if you aren’t planning on hanging yourself tomorrow. And, for a real change of pace, Oberst nearly drops the semi-precious waver altogether and actually sings on “We Are Free Men.” I’ve got a higher tolerance for Oberst’s trademark nasal whine than most, but his decision to tackle this one in a lower register improves it 100%.

Additionally, vinyl addicts are treated to two fine bonus tracks: “Amy in the White Coat” and a cover of Neil Young’s “Out on the Weekend.” The eerie backing vocals on “Amy” are really one of the highlights of the EP. This is what “Messenger Bird’s Song” wanted to be before it was handicapped by over-the-top vocals– but Oberst doesn’t make that mistake twice. As for the cover of Neil Young, I don’t have the room to discuss all the possible implications; you either love him or hate him, but it’s a solid cover, regardless.

The biggest surprise of all, though, is the lyrical quality this time out. Sporting fewer trite poeticisms, the content of these songs comes across as less self-indulgently brooding– even occasionally bordering on optimistic. To find four (or six) more diverse Bright Eyes selections than those on There Is No Beginning to the Story would be difficult, if not impossible. Here, Oberst’s songwriting seems newly inventive, and the musicianship is tight all-around going into Bright Eyes’ upcoming album. For almost twenty minutes, he shows signs of finally growing up. If he can keep it up for another fifty or so, he might be on to something.

2012 Saddle Creek reissue featuring “From A Balance Beam”, off of “LIFTED…”, as well as three additional non-album tracks.