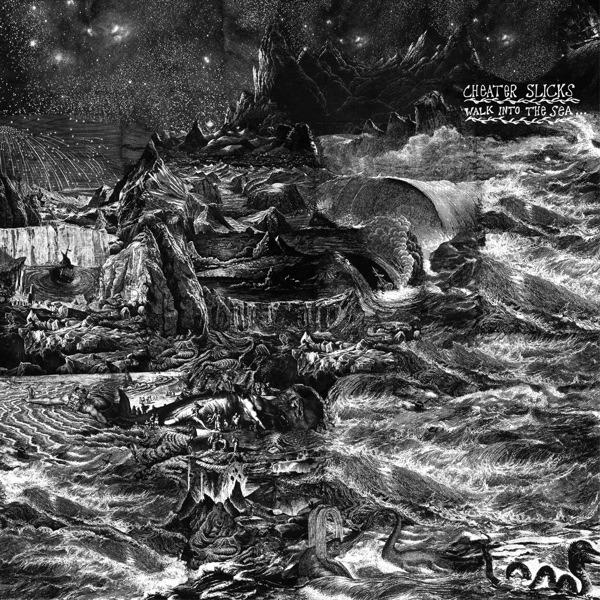 here is the NFO file from Indietorrents

Cheater Slicks – Walk Into the Sea

Smashin’ Transistors: Name me one currently active band that’s closing in on it’s 2nd decade of making music and is putting out records just as good IF NOT BETTER than what they’ve done in the past. I’ll give ya a minute.

Okay, time’s up. If you said anyone but the Cheater Slicks we can go to the judges for a decision but I’m pretty sure the odds will be in my favor. It’s not that the band is covering ground that they haven’t stomped on before but the way they kick it around is totally their own style that has attracted discerning people from around the world to listen in on for a many year now.

“My Opinion On Nothingness” gets things off cracking lowly and mean…three chords and serpentine. For the benefit of the kids think Mudhoney picking up the Gories hitchhiking. They’re so far out in the middle of nowhere where the AM radio can’t even pick up some syndicated asshole chatter like Mark Levin…Yep. Some desperate strip of hi-way. A homemade cassette comp label “BFTG BEST OF” is found under the seat amid spent Bic lighters, Rally’s wrappers and a couple of empty bottles of Jack Daniels…or cough syrup. Just floor it and focus you’re eyes between the moon and the white lines. When going through hell be careful where you stop for directions. Ya might find yourself barrelling into an electrically charged mudpit called “Tattoos Are Stupid.” Watch out! Those horns will strangle ya. Don’t get stuck in a bog. If so, slam it back in reverse hard as hell back to where you picked the hitchhikers up. “Eye” kicks ’em out of the car, screaming, cuz it can take this trip alone while “Pipsqueak” snatches the ball back from whippersnappers such as Demon’s Claws and shows them that though the Slicks may be a bit long in the tooth and graying a little ’round the temples IT’S STILL THEIR GAME and challenge all comers to bring it.

How the hell could a song called “Baudelaire’s Ghost” not have some type of goth vibe?!?! Drag some of them black sunshiners to a graveyard way out back behind an deep cornfield and and laugh at them in a cigarette bark everytime they complain about mud (from that electric pit none the less) on their shoes and that creepy mist that soaks to the bone. “Dead Beat” compliments it in late fall rainstorm way and, dare it say it, prettiness that romancers of tragedy may find standing close to the edge of high buildings and or driving across a high bridge.

Side two starts off with a cover of “Run, Run, Run”. Not the Velvets nor the Third Rail tune but a take on the Zombies-ish folk rocker by the Gestures (which, like the Third Rail song appears on the first Nuggets boxset though the Third Rail one appeared on the original Elektra LP set and the Gestures song didn’t.) Any frills from the original are torn off stripping the song to a torrential psych surf storm. It’s final noises fade as the waves wash in for “Walk Into The Sea”, a look at a million mile vista through bloodshot eyes while standing in the earshot of an dingy old guy bar.

“Crackin’ Up” is not the Bo Diddley song but is a cover of The Wig song by the same name. It starts off as kin to the kin of the ‘upbeat’ (tempo wise…not necessarily the mood though) songs on side one, drops into a dirge just to pick up momentum again like an old locomotive gaining speed. “Westford Cemetery” is almost (gasp!!!) a goddamn pop song. Well, a pop song in a Flying Nun Records band getting drunk and mad in some depressed American town and pushing the volume much louder than usual. The album ends with “Dry As A Bone”. It has a feeling of regret but not asking for sympathy because of it.

Before the album’s title was settle on it being called “Endless Winter”. A name like that carries a lot of heaviness and hopelessness around with it. So could “Walk In The Sea” though but it also gives off an idea of expansiveness and a possibility to wash some of the dirt off a soul.